The Framework Laptop is a thin and light notebook with a 13.5 inch, 256 x 1504 pixel display, an Intel Tiger Lake processor, and a modular design that makes the computer not only versatile and repairable, but also hackable — because folks have been designing their own custom expansion modules that do more than just let you swap out a USB port for an HDMI port or SSD.

You can purchase a Framework Laptop for $999 and up (or $749 and up for a DIY model that ships without memory, storage, or an operating system). Or check out Gizmodo’s write-up of recent DIY mods that teach this not-that-old laptop new tricks. 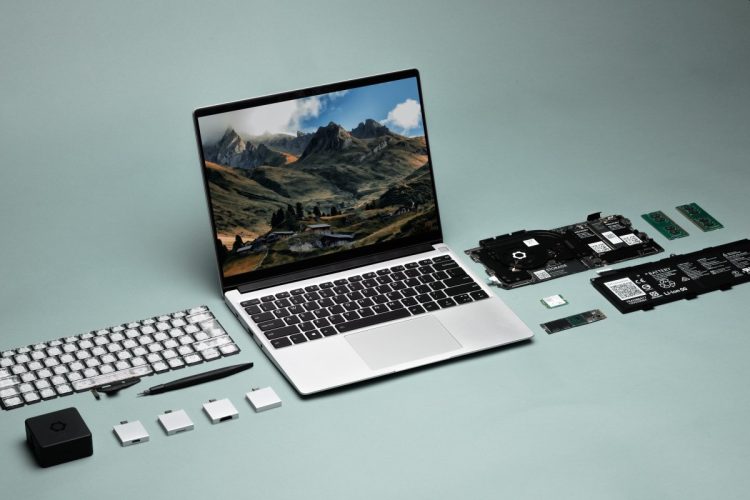 In other recent tech news from around the web, there’s a rumor that Google’s upcoming foldable phone will be called the Pixel Notepad rather than the Pixel Fold, Logitech just introduced a digital pen for Chromebooks (but it’s only for the education market), and LinuxGizmos has compiled a list of 136 open-spec, Linux or Android-friendly single-board computers.

The Framework Laptop has a modular design that makes it easy to repair, and which allows you to swap out ports. Some folks have also started making DIY modules that add things like MagSafe-style charging, wireless mouse adapters, and more.

Rumor: Google’s foldable might be called ‘Pixel Notepad’ and may cost less than the Galaxy Fold [9to5Google]

According to an anonymous but “knowledgeable” source, Google’s long-rumored foldable Pixel device could be called the Pixel Notepad to differentiate it from other Pixel phones. It’s also expected to cost… less than $1800 I guess.

This list of 136 single-board computers focuses on models with open specifications, support for Linux or Android, and most are community-supported. It was most recently updated in late December 2021 and early January 2022.

PostmarketOS 21.12 Service Pack 1 brings back support for the Nokia N900, brings a kernel update for the PinePhone (with PinePhone Keyboard support), GPS improvement for the Librem 5, and Sxmo 1.7.1 window manager support to the mobile Linux distro.

The Logitech Pen is a $65 USI stylus for Chromebooks with 4096 degrees of pressure sensitivity, a silicone grip, and USB-C charging. Designed for students and teachers, it will be available from education resellers, but not from retail stores.