Last year MIPS Technologies announced that it was going to stop designing MIPS processors. That might sound surprising given the company’s name, but maybe it was inevitable when looking at trends in the semiconductor industry.

So MIPS pivoted to RISC-V architecture. And the company’s first chips based on that open instruction set are set to launch later this year. MIPS is promising best-in-class performance, but we’ll likely have to wait until this fall to find out whether the company can deliver on that promise. 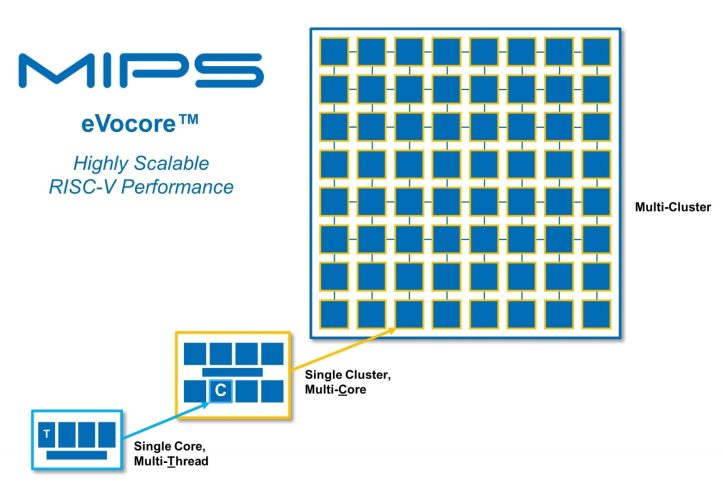 In other recent tech news from around the web, Intel has updated its rollout schedule for its Arc line of discrete graphics solutions for laptops and desktops, Microsoft is updating the Windows 11 Sound Recorder app, a company called Teracube that’s carved out a niche by producing sustainable phones with long warranties wants in on the subscription revenue business, so it’s launching a phone for kids, and ahead of this week’s Google I/O developer conference, Google has released a web-based I/O Pinball game that’s surprisingly good for a game that takes seconds to load in a web browser.

Ahead of the Google I/O developer conference, Google releases a web-based pinball game featuring some of the company’s mascots and designed with Google’s Flutter UI SDK. https://t.co/34bVQ4sSz2

After announcing a a pivot from MIPS architecture to RISC-V chips, MIPS Technologies is previewing its upcoming eVocore P8700 high-performance processor with up to 512 cores & 1024 threads, coming in Q4, and I8500 RISC-V energy efficient processor. https://t.co/h72eOyQ9Dg pic.twitter.com/pJzBZdYTGO

Intel says software and supply chain issues have led to a slower rollout of Arc mobile graphics than expected, but laptops with Arc 5 and Arc 7 GPUs should arrive in early summer. Desktop GPUs will roll out in Q2 and Q3. https://t.co/UArSoozdAz

Teracube Thrive is a budget phone designed for kids & designed to last. Going for $99 and up during crowdfunding, plus $9 per month for parental monitoring software and a “forever warranty.” Accidental damage repairs are $49 in the first year or $89 after. https://t.co/bGNeAG3XDF

Microsoft is bringing “natural voices” to Narrator for Windows 11, with more human-sounding voices for the text-to-speech accessibility feature. https://t.co/olhtluMgBJ pic.twitter.com/EYw2PCPaax