Dyson, a company known for its high-performance (and high-priced) vacuum cleaners, hair care products and fans has entered the wearable space with the introduction of Dyson Zone, which the company describes as “air purifying headphones.”

Basically, they’re a set of wireless noise-cancelling headphones with a built-in air purifier that covers your nose. And while they look like they were designed with the pandemic in mind, they’ve actually been under development for six years… and it kind of shows, because while the Dyson Zone is designed to protect the wearer from air pollution, it’s not a medical-grade solution and doesn’t fully cover your mouth for full protection against the virus.

It also doesn’t protect the folks around you from anything you breathe out – in fact, it probably does the opposite, increasing the risks of contracting COVID-19 from anyone who’s infected and wearing one of these things. 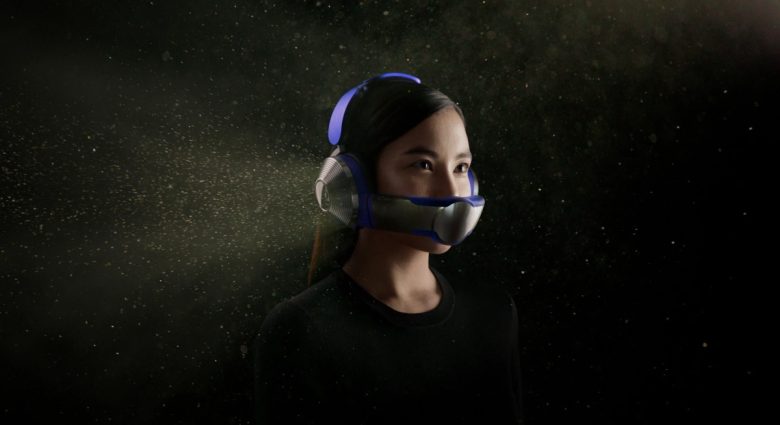 As maker Naomi Wu explains in a Twitter thread, this thing is basically a “snot cannon” that takes the particles you breathe out and projects across greater distances since it has fans that move air outward.

While the idea of a wearable device to protect users from air pollution isn’t necessarily a bad one, Wu suggests that the Dyson Zone was designed for a pre-COVID world, and wearable air purifiers released now should include 2-way filtration so that it not only cleans the air coming in, but also the air you breathe out.

Dyson does plan to offer a mask attachment that will allow you to cover the already bulky-looking Dyson Zone to comply with masking mandates. But it’s unclear how effective that will be.

It’s also unclear how much you’ll have to pay for this wearable air purifier. It’s expected to go on sale in select markets this fall, and pricing will be revealed closer to launch.

The Dyson Zone (which is apparently not an April Fools’ joke) combines wireless headphones with a wearable air purifier that covers your mouth, nose & ears. No pricing or availability details yet, but Dyson gear isn’t usually cheap. https://t.co/wFghF7qY2G

Ok here’s a technical breakdown of why the “@Dyson Zone™ Air-Purifying Headphones” aka. the Snot Cannon aka. the Wearable SuperSpreader Event is such a staggeringly bad idea and a significant danger to public health if it is allowed to be sold.
🧵 pic.twitter.com/fwswU3lXDa

XMG has revealed a 2022 roadmap that includes plans for at least two laptops with Intel Arc graphics, a 15.6 inch model based on Intel’s Alder County NUC design, and an “X-Series” desktop replacement with Arc 7 graphics. https://t.co/wuNzEPmM5Y

PiSquare is a tiny board that lets you connect a Raspberry Pi to HAT add-on board wirelessly, allowing you to connect multiple boards without stacking. It’s powered by an RP2040 chip and WiFi and coming soon to a Kickstarter crowdfunding campaign. https://t.co/dgw99Qzh9d