Popular password manager LastPass offers free and paid tiers. Once upon a time, you had to pay if you wanted to use the mobile LastPass app on your phone, but LastPass for desktop users was free. Then the company removed that limitation. 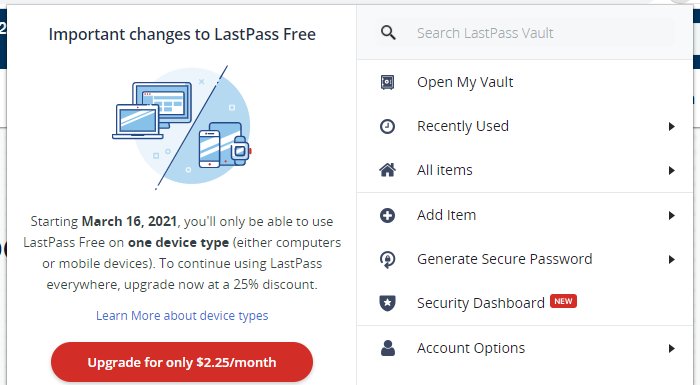 LastPass has announced that starting in mid-March, you’ll be able to use its password manager for free on as many device as you’d like… as long as they’re the same type of device. Want to use it on all your phones and tablets? No problem. All your PCs? Got you covered. But if you want to sync between those devices, you need to pay: plans start at $3 per month, billed annually (although LastPass is offering a 25-percent discount for existing users who upgrade).

That’s not a bad deal for heavy users, and as a long-time LastPass user, I’m considering it. But some users might want to look into alternative solutions… and there are a number to choose from.