Apple usually introduces new iPhones in September, but this year the company used its September event to unveil an 8th-gen iPad and a 4th-gen iPad Air (which is the first device to ship with an Apple A14 Bionic processor). But there was no iPhone in sight.

It looks like we don’t have long to wait though – Apple has scheduled a new event for October 13, and rumor has it that the company will unveil its iPhone 12 series.

I say series, because the company is expected to announce several models with a variety of features, prices, and screen sizes ranging from 5.4 inches to 6.7 inches. Among other things, at least some models will likely support 5G, at least if the event invitation is anything to go by. 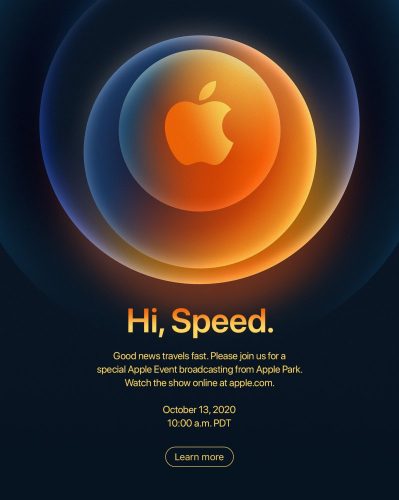