Delivering high-speed internet usually requires running cables across long distances. But that can get tricky when you’re trying to bring connectivity to a place where there isn’t already a lot of infrastructure for it… so recently we’ve seen solutions ranging from satellites to balloons.

Now Google’s parent company Alphabet is partnering with internet service providers in Sub-Saharan Africa on something a little different – a system to beam high-speed data over long distances using “beams of light.”

Project Taara can hit speeds exceeding 20 Gbps and beam data over distances up to 20 kilometers. But it requires a line of sight, so it will require towers placed high enough that the signal won’t be interrupted.

Odds are that nobody’s going to receive 20 Gbps signals through an antenna on their own rooftop. Instead, the technology could help wireless carriers connect cell towers, WiFi hotspots, and other spots that might be hard to hook up using other methods. 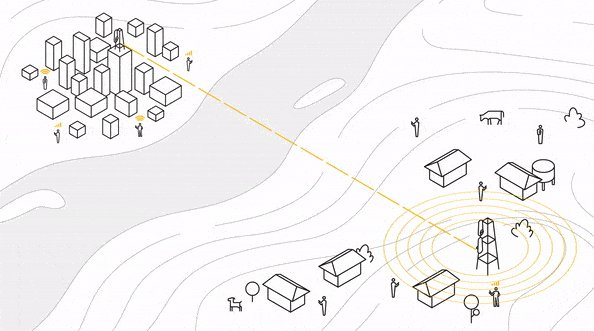 8 replies on “Lilbits: Internet at the speed of light”