Intel’s 11th-gen, 45-watt laptop processors have arrived, and the embargo on reviews lifted today. The good news is that the new Intel chips really do offer some of the best performance of any x86 processor in this class… when it comes to single-threaded performance.

But when it comes to multi-threaded performance, AMD’s Ryzen 5000H series chips are pretty competitive, while also being more energy efficient. And since the highest-performance Tiger Lake-H chips can be power-hungry, they might not live up to their full potential when stuffed inside the thin and light computer cases we’ve come to expect in recent years.

So they’re… it seems like they may be kind of a mixed bag. Reigning supreme in single-core performance is nothing to sneeze at. But it’s also not the whole story. 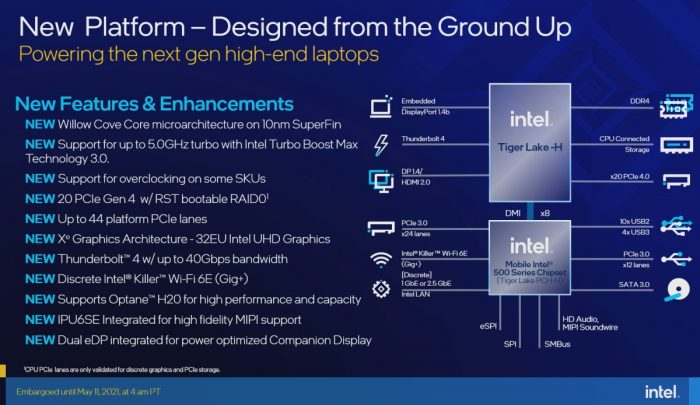