The Windows Subsystem for Android (WSA) is an optional Windows 11 feature that allows you to run Android apps within Microsoft’s desktop operating system. Out of the box, the feature is tied to the Amazon Appstore and only a limited number of apps are available for download. But shortly after Microsoft released the first preview builds of WSA, users found ways to sideload apps from other sources… and even ways to install the Google Play Store.

Using Google Play not only makes it simple to download and install millions of Android apps on a Windows PC, but it also opens the door to using apps that rely on Google’s services like the official Gmail, YouTube, or Google Maps apps But intalling Google Play in WSA is rather complicated. And one of the least complicated methods just got shut down – Microsoft has disabled the GitHub repository for MagiskOnWSA, likely because it was abusing GitHub actions in a way that they were not intended to be used. 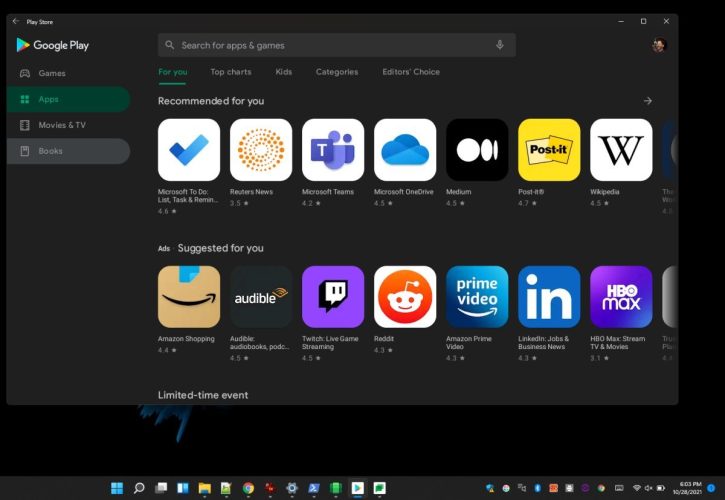 You can still probably install the Google Play Store and other Google apps and services using other methods, including WSAGAScript (which is also hosted on GitHub and which has not been disabled). And shortly after MagiskOnWSA was disabled, a new MagiskOnWSALocal appeared on GitHub, which basically performs the same actions as th eoriginal… but does more of the work on your local computer.

GitHub has disabled the repository for MagiskOnWSA, a tool for rooting the Windows Subsystem for Android and/or installing the Google Play Store, making it easier to install Android apps on Windows 11 PCs. https://t.co/YIwfyIWqRb

This guide/op-ed walks through the process of installing Manjaro Linux with the KDE Plasma Mobile user interface on a Surface Go 2 for an affordable, versatile, but rough-around-the-edges Linux tablet expeience. https://t.co/JQ9y6EDRyJ pic.twitter.com/PACuipKwaf

Moi,
Today is the first public release of #SailfishOS for the #Sony #Xperia 1 and 5.
Come and try it for yourself!https://t.co/GynyQHBT1F