The Mac Studio is a compact desktop computer that looks a bit like a few Mac Minis stacked atop one another. But with a choice of Apple’s M1 Max or M1 Ultra processors, it has a lot more horsepower than any Mac Mini (or most other laptop or desktop computers, for that matter). The Mac Studio will be available starting tomorrow, and the first reviews are already in.

While the Mac Studio is likely overkill for most home or business users, it sounds like a pretty intriguing new option for creative professionals looking for a compact, quiet, and powerful workstation. 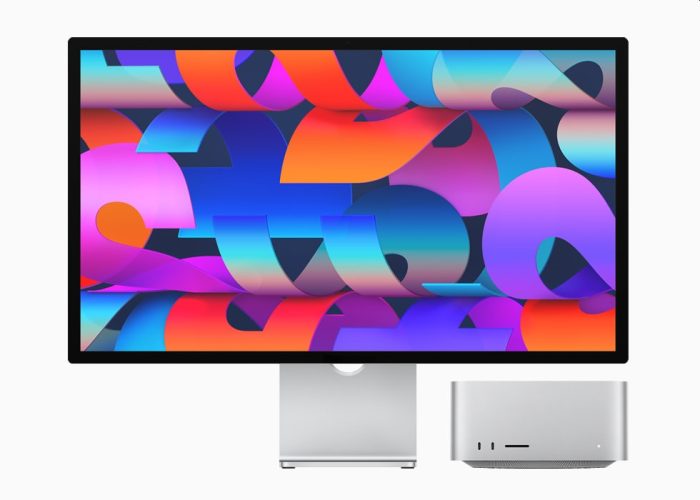 But there are a few things that might turn off some folks. While adding external accessories is easy thanks to support for up to 6 Thunderbolt ports, everything under the hood is locked down. You cannot upgrade the memory, storage, or processor. So ordering an entry-level model and upgrading it in the future isn’t an option. Want a model with 64-core graphics, 128GB of RAM, and 8TB of built-in storage? Then you’re going to end up paying $7,999 (double the starting price for a model with an M1 Ultra processor).

In other recent news, Google has announced the dates for this year’s Google/IO developer conference, the company has also released a new preview build of Android 13 and promised that Android 12 is coming to Android TV devices later this year (Google’s blog post originally said “early this year,” but it’s now been updated to say “later this year.” Meanwhile the Firefly ITX-3588J mini-ITX board powered by a Rockchip RK3588 processor I told you about last week? Now you can also buy just the smaller computer-on-a-module that serves as the brains of the system for $229 and up.

The first Mac Studio reviews are in, and it seems to be a powerful workstation in a compact package, designed for creative professionals. But single-core performance isn’t any better than an entry-level M1 chip. So only certain tasks will be faster. https://t.co/f2jyI9HDWm

A version of the 15.6 inch Samsung Galaxy Book2 Pro with an Intel Alder Lake processor and Intel Arc graphics showed up a bit early in a now-removed retail listing that mentioned its 3D gaming, ray tracing, and content creation capabilities. https://t.co/33PjSr0reX

This system-on-a-module features a Rockchip RK3588 processor, up to 8GB of RAM and 64GB of storage, and it’s designed to slot into the Firefly ITX-3588J mini-ITX carrier board that launched earlier this month. https://t.co/KYer7g1EGV

Google’s annual developer conference is scheduled for May 11 and 12 this year. Some parts will have a small live audience, but it will mostly be an online virtual event, free for anyone around the globe to participate in. https://t.co/y6DJrrvi0G

Google has released Android 13 Dev Preview 2 for Pixel phones. Changes include a new runtime permission for notifications, the ability for apps to downgrade previously-granted, but no longer needed permissions, Bluetooth LE Audio, and more. https://t.co/fnrOzCsEt5 pic.twitter.com/kfvurusv4M

Google already revealed *some* of the changes in Android 13 DP2. But @MishaalRahman is digging in and finding a whole lot that Google’s didn’t announce. https://t.co/AKIuTIRQhE

A new Maui Shell progress report is out. Some of the highlights include a new dark mode toggle, adaptive color scheme, more controllers for audio, Bluetooth, and power management, and much more.#mauikit #mauishell #convergenthttps://t.co/lfSSCsL1m1 pic.twitter.com/jv3dGXG3OL

postmarketOS v21.12 Service Pack 3 brings bug fixes and other updates to the stable channel, including kernel upgrades for some phones. https://t.co/ekdzsDDjKp