Before the T-Mobile/Sprint merger was approved, T-Mobile made a lot of promises — including one that would bring free internet to students in 10 million households across the United States.

Now that the merger is complete, T-Mobile is following up on that and explaining how its Project 10Million will make mobile hotspots available for schools to distribute to eligible students.

The digital divide between wealthy and low-income households has been a problem for a long time, but the program seems even more relevant in 2020 than it did when T-Mobile announced the plan last year. At the time, the company couldn’t have known that a pandemic would lead to millions of students taking classes from home and relying on the internet to participate in online classes. 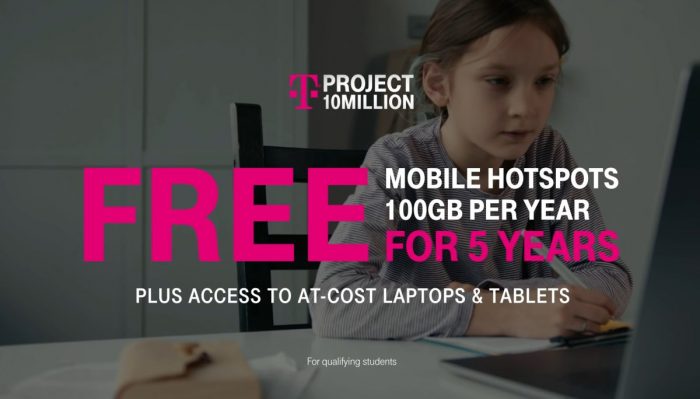 Here’s a roundup of recent news from around the web, including a few more laptops that were introduced in conjunction with this week’s mostly-virtual IFA show, and details for a few other upcoming phones and tablets.