The DragonBox Pyra is a handheld computer designed to run Linux-based software and which includes a QWERTY keyboard and built-in game controllers allowing you to use it for work or play. At least that’s the idea… but getting your hands on one has been challenging.

The Pyra has been in development for years and went up for pre-order in 2016. But it only began shipping to customers in late 2020 and since then only around 200 units have been shipped. In a 2021 year-end update, project leader Michael Mrozek said a key reason for that was a case manufacturing defect that meant each unit had to be assembled by hand to make sure everything worked properly. But things could pick up a bit in 2022.

The next batch of cases shouldn’t suffer from the same issues, which means that it should become quicker to assemble and ship units moving forward. But this is still a niche device aimed at enthusiasts: It’s rather chunky by modern standards and has a TI OMAP 5 ARM Cortex-A15 dual-core processor that was introduced a decade ago.

With prices starting at 595 Euros (about $670 US), the Pyra certainly isn’t a Steam Deck killer. But it is unlike anything else currently on the market as a hacker-friendly handheld computer designed to run free and open source software and sporting features like dual SDXC card readers, a removable battery, and even a removable CPU board that could theoretically pave the way for upgrading the processor without replacing the whole computer (although given the glacial pace pace of development, I wouldn’t hold my breath waiting for CPU upgrades to become available anytime soon).

The first 100-200 Dragonbox Pyra handheld Linux gaming PCs shipped in 2021, but they had to be hand-assembled due to a case manufacturing defect. The issue should be resolved now, which could allow production and distribution to ramp up in 2022.

Google’s Pixel phones had their best quarter ever [Engadget]

Google’s Pixel phones get a lot of attention from press and enthusiasts, but they still have a pretty tiny market share. With that in mind, it’s worth noting that Google says it just hit a “quarterly sales record” for Pixel phones thanks to the popularity of the Pixel 6 with both consumers and wireless carriers. But since we don’t know exactly how many phones Google sold, the fact that the company hit a new record doesn’t really tell us very much. 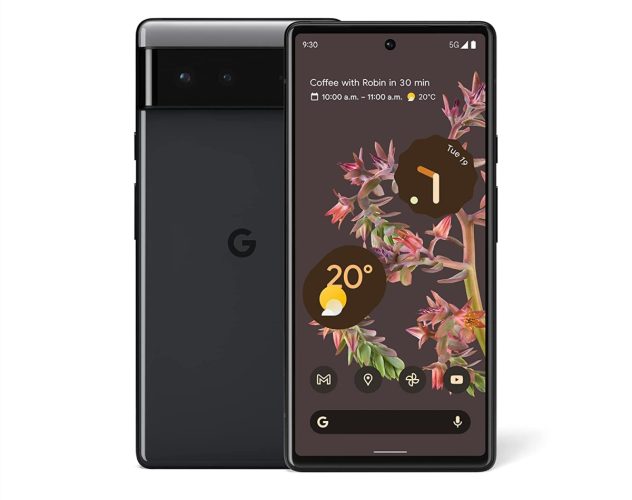 The Microsoft Surface Duo is a dual-screen smartphone that ships with Android. But developer Gustave Monce has begun porting Windows 11 to run on the device. So far the installer is up and running.

Still early days so aside from booting and showing stuff on screen that is about it but that’s always satisfying to watch pic.twitter.com/z0iTJFIbyY

LogMeIn is rebranding itself as GoTo (the company also owns GoToMeeting as well as password manager LastPass, although it announced plans in December to spin off LastPass).

ScummVM, which lets you run hundreds of classic PC games on modern computers, is adding a “Hypno” engine for playing 90s games from Hypnotix. The first supported game is now ready for testing: Marvel Comics Spider Man: The Sinister Six.

LibreOffice 7.3 released with new features and improvements including better performance when opening large DOCX and XLSX files, improved import/export filters, support for hyperlinks attached to shapes, and much more.

Most Steam Deck reviews you’re likely to see later this month will come from folks who are comparing it to larger gaming PCs and/or handheld consoles (like the Switch). But The Phawx has tested most handheld gaming PCs released in the last 5 years. Here’s a teaser video where he explains what he’ll cover in the upcoming review.

5 replies on “Lilbits: Dragonbox Pyra, ScummVM, and LibreOffice updates and Google’s Pixel 6 is a hit (by Pixel standards)”