A hardware hacker figured out how to double the RAM on a Raspberry Pi 400 the hard way (because there is no easy way). Speaking of Raspberry Pi, the folks behind the official OS for the single-board computer have released a new build that’s based on Debian 11 Bullsye.

Meanwhile OnePlus is teasing a new special edition, Pac-Man themed smartphone and real-world reviews of Razer’s Zephyr face mask (the one with RGB lighting effects and active cooling fans) are starting to appear… and they’re not great.

Unlike most Raspberry Pi devices, the Raspberry Pi 400 computer-in-a-keyboard comes in just one configuration: it has a 1.8 GHz quad-core ARM Cortex-A72 processor, 4GB of RAM, and a microSD card for storage. Want more RAM? There’s no official way to get any… but unofficially? One hardware hacker made a DIY 8GB model by transplanting the memory from a Raspberry Pi Compute Module (which requires a steady hand, some special tools, and a lot of patience. reddit.com 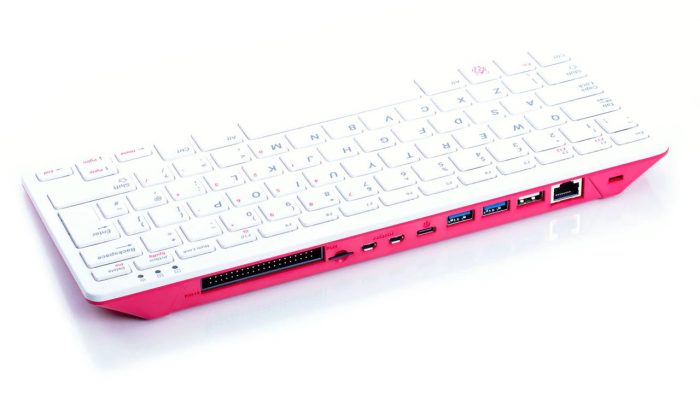 Raspberry Pi OS is now based on Debian 11 Bullseye (it had been based on Debian 10 Buster up until now). Among other things, the desktop now uses GTK+ version 3, a new window manager called mutter, a new notification manager in the taskbar, and more.

The OnePlus Nord 2 x PAC-MAN edition phone is coming soon for £499 with MTK Dimensity 1200, 12GB RAM, 256GB storage, and a glow-in-the-dark, Pac-Man inspired back cover with a maze design and customized OxygenOS user interface. Unfortunately nowhere in this announcement does OnePlus actually show us what the phone will look like. 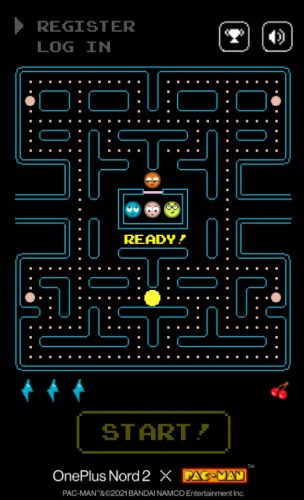 But if you’re in Europe or India, you can try to win one by playing an online game of Pac-Man and shooting for a high score. And if you’re not in one of those countries, you can still play… you just can’t win.

Update: We’ve got a first look at the OnePlus Nord 2 Pac-Man Edition courtesy of a leaked image posted by Evan Blass, but it only shows the front of the phone and not the back. Still, we can see a Pac-Man inspired animation on the fingerprint unlock UI.

Review: I wore Razer’s Zephyr N95 mask for two weeks so you don’t have to [Ars Technica]

Razer’s high-tech Zephyr face mask has garnered a lot of attention this year. Unfortunately now that it’s available, @arstechnica found that it’s heavy, noisy (because of the fans) and not all that comfortable for long-term use. Maybe v2 will be better?