Dell has a new docking station set to hit the streets in May which will allow you to connect up to two 4K displays to a laptop, charge your laptop and wirelessly charge your phone all using a single power cable. And that all sounds great until you look at the price tag. 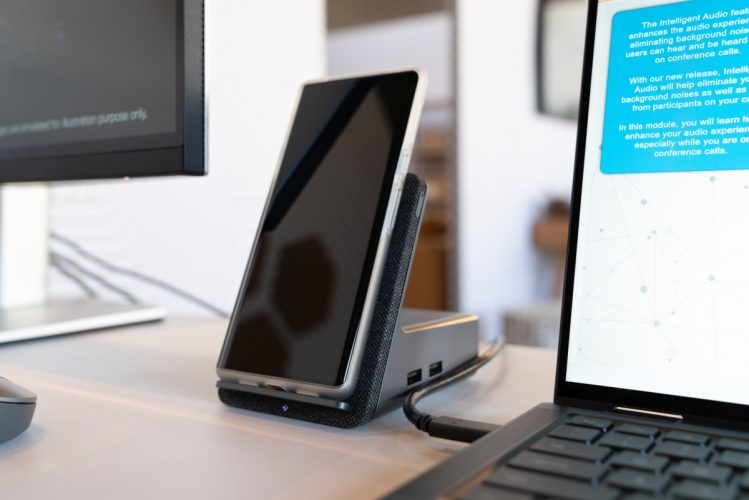 Speaking of price tags, Japanese PC maker VAIO, which spun off from Sony a number of years back, has been selling laptops in the US for a while now, but the company typically focuses on high-end devices. Now VAIO is taking aim at the mid-range market, you can pick up a VAIO FE 15.6 inch laptop with an Intel Core i5 processor for $699 or pay $899 for a 14.1 inch model with a Core i7 chip.

Both have 16GB of RAM and full HD displays. But both are also shipping with 11th-gen Intel Core chips at a time when 12th-gen processors are becoming widely available.

The Dell Dual Charge Dock is a USB-C laptop dock with 90W wired charging, support for up to two 4K displays, and wireless charging coils for 12W phone charging. It’s coming May 12 for $369, which seems like a lot for a non-Thunderbolt dock. https://t.co/PWLGJwuF8C

Japanese PC maker VAIO has mostly specialized in high-end laptops in recent years. But the company is now bringing its VAIO FE Series of 14 and 15 inch laptops to the US for $699 and up. Walmart exclusive for now and featuring 11th-gen Intel chips. https://t.co/ZOaPvDk6Th

Microsoft has rebranded Your Phone as Phone Link and added an updated user interface to the tool for pairing Android phones with Windows PCs. New features include tabbed navigation, a refreshed Windows 11 UI, and QR code setup for Win11 coming soon. https://t.co/pMy7oIlUzI

Apple has launched an update to App Store rules that allows developers of some apps like Netflix and Spotify include in-app links to third-party websites to manage payments and accounts. It’s a result of a settlement with Japanese regulators last year. https://t.co/khhp1vhzOq

Valve has released a Steam Deck beta patch that includes fTPM support, which allows users to install Windows 11. Windows audio drivers still aren’t available though, and you still cannot dual boot Windows and Steam OS, so it’s one or the other. https://t.co/IlZTkecmsM