William Gibson coined the word cyberdeck in his 1984 novel Neuromancer to describe a kind of mobile device that one could use to connect to cyberspace. These days most of us just use phones or PCs… but there’s a thriving community of folks making their own cyberdecks by combining modern tech with retro-futuristic aesthetics. 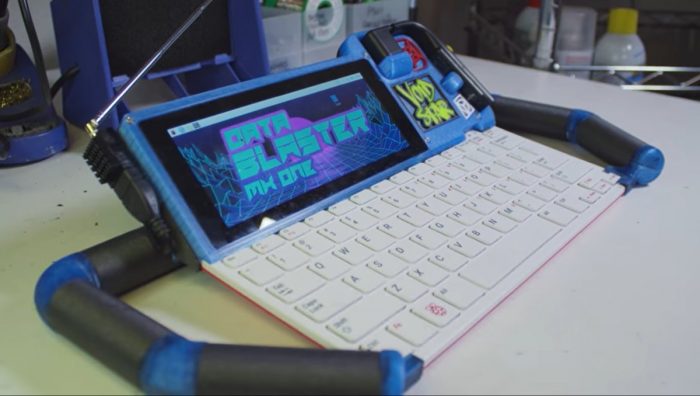 One recent example is the Data Blaster, made from a Raspberry Pi 400, a widescreen display plus a detachable wearable display, and… 3D printed handles. It’s kind of pointless and kind of awesome, and I highly recommend checking out the full video to see how (and why) it was made.