Apple doesn’t let developer submit apps to the App Store if they effectively include their own app store… and that means game streaming services like Stadia, Luna, GeForce Now, and Xbox Cloud Gaming need not apply. 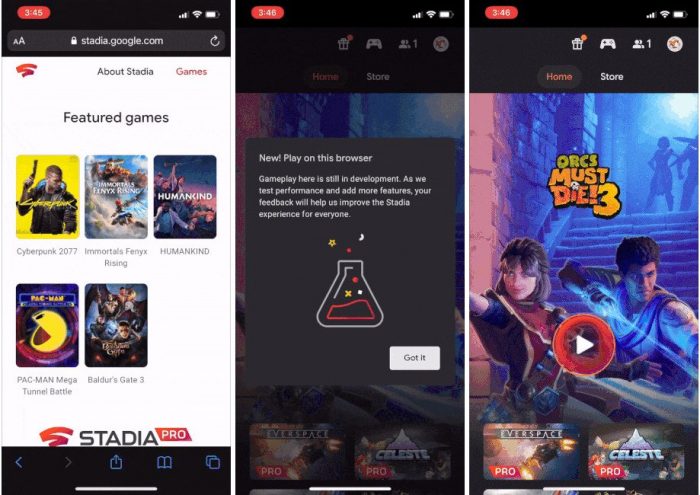 Microsoft recently announced it’ll support Xbox Cloud Gaming on iOS next year, and NVIDIA is working on it too.

But while Google is busy getting its game streaming service to work with iOS, Apple and Google have also been working out a deal to bring Apple TV to Chromecast… and HBO Max is finally coming to Roku devices tomorrow. It also launched on PS5 today.

Soon you’ll be able to stream everything on everything… or something.