The upcoming Astro Slide 5G from Planet Computers is a smartphone with a 6.5 inch touchscreen display and a slide-out keyboard that lets you use it like a little laptop. First announced last year, the phone has been available for pre-order through crowdfunding and we learned last week that it’s now expected to ship in June.

We also learned that it’ll also have a less powerful processor than anticipated, but the folks at Planet Computer reached out this morning to let me know that the phone will at least have a 4,000 mAh battery rather than the downgraded 3,500 mAh battery. The company also provided Liliputing with some of the first images showing the phone running a pre-release version of Ubuntu Touch for the Astro Slide 5G. 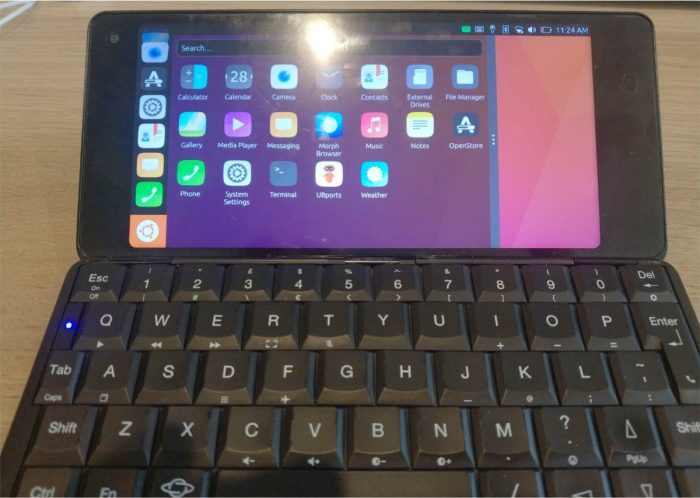 The phone will most likely ship with Android, but Planet Computers hopes to work with developers at UBPorts to offer a full version of Ubuntu Touch for download later this year.

We worked with the community on the #PinePhone‘s keyboard layout over the weekend. After some push and pull, and a total of 6 complete layout revisions, we arrived at a compromise that most ought to be happy with.
Thank you to all those who participated. pic.twitter.com/SkTRZ8YBdM