Framework’s 2nd-gen modular laptop is set to begin shipping to customers this month… although customers who already have a 1st-gen model can also save some money by purchasing just a new mainboard with a 12th-gen Intel Core “Alder Lake” processor that will fit into last year’s laptop shell. But that’s just one of the ways Framework says its laptops are more sustainable than most. The company also incorporates a significant amount of recycled materials in the construction of its laptops. 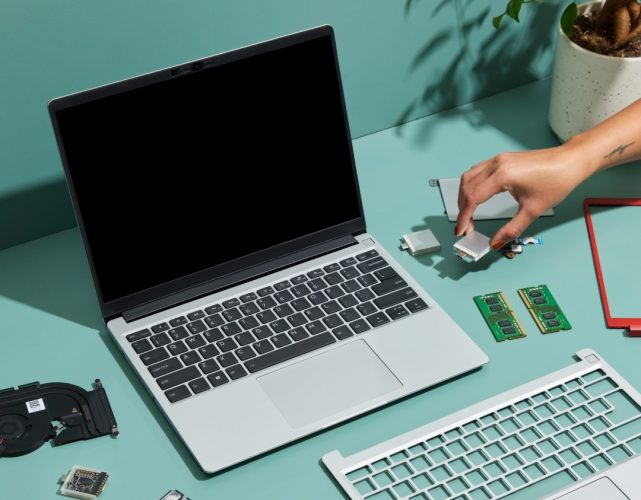 In other news, after introducing a mini PC with support for up to an Intel Core i7-12700H processor earlier this year, Asus appears to be moving closer to actually selling the PN64. Google’s Data Safety labels are now visible in the Google Play Store, and all developers will need to provide info for their apps by July 20th. But it’s one step forward, one (or maybe two) back for privacy, as Google has also hidden the description of what permissions an app uses from the Play Store, which means you have to download an app to find out exactly which permissions (like storage, contacts, location, or camera) it will request.

First introduced in January, the Asus PN64 is a mini desktop PC with 12th-gen Intel Alder Lake-P and -H series processor options. It’s not yet available in the US, but a retail listing recently for a Core i3 model showed up at Amazon Spain. https://t.co/sCC1K0wIiu pic.twitter.com/brVmKHrZ3v

Google has added “Data Safety” information to app listings in the Google Play Store, with developer-provided info about how data might be used. But app permissions have disappeared. You now have to install an app to see which it requests/uses. https://t.co/KJWUE1Y955

Asus ROG Cetra True Wireless Pro earbuds are wireless… but can work as wired earbuds when you want better sound quality thanks to a USB-C adapter with an ESS 9280 quad DAC built in. https://t.co/NGVS9k7MiC

Chinese car company Geely has acquired a majority stake in phone maker Meizu, which has seen declining market share in recent years. Meizu will continue as an independent brand focused on phones, wearables, and other mobile tech. https://t.co/qRk70kSEll