Chinese PC makers AYA and AYN have both announced plans to offer budget handheld gaming computers that undercut Valve’s Steam Deck on price by using AMD Mendocino or Intel’s entry-level Alder Lake-U processors. While we don’t know much about the performance of AMD’s chip yet, YouTuber Taki Udon has already begun running gaming tests on Intel’s Celeron 7305 and Pentium Gold 8505 processors, and the results look promising. 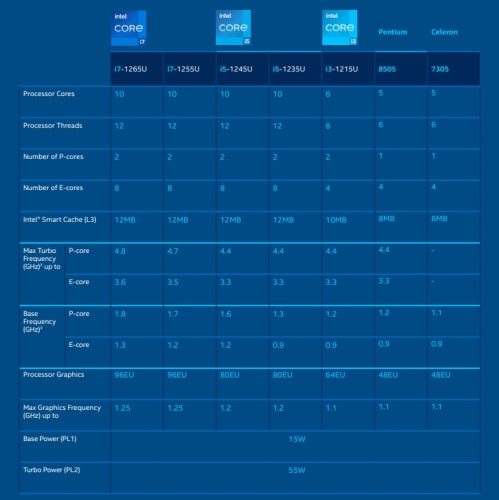 Meanwhile Apple’s Worldwide Developer Conference is set to begin next week, and while the focus will largely be on software, there’s a chance we could see some new hardware unveiled. A pair of reports from Bloomberg indicates that Apple is already testing a bunch of laptop and desktop computers with new M2-based processors. A major focus of this year’s keynote, though, could be iPad software. New multitasking features could further blur the lines between Apple’s tablets and the company’s notebooks.

Rumor has it that Apple will announce major changes to iPadOS next week, with multitasking improvements to make iPads more laptop-like with resizable app windows and new ways to switch between apps. New widgets are also coming to iPhone lock screens. https://t.co/sQJWSYPb3X

Apple is said to be testing “at least nine new Macs with four different M2-based chips” including MacBook Air, Mac Mini, and MacBook Pro models as well as a Mac Pro desktop with an M2 Ultra chip. https://t.co/iwKAdGH3nx

Firefox Translations is a new browser add-on that can translate web pages offline, reducing the reliance on cloud services. With only around a dozen language pairs at launch, it’s a bit more limited than Google Translate though. https://t.co/4zdD1hIenp

The Google Pixel Tablet set to launch in 2023 could also work as a Nest Hub thanks to a set of pogo pins on the bottom and an upcoming Google Dock with a built-in speaker. https://t.co/81k3d9OZER

Now you can play DOOM in your BIOS thanks to a Coreboot 4.17, which offers CoreDOOM as an optional payload (extension) for the open source firmware. https://t.co/mhDokNLnwA

A series of short videos from YouTuber Taki Udon show what gaming looks like on a dev board with an Intel Celeron 7305 processor (12th-gen with Intel UHD graphics and 48eu, and the same chip used in the $239 AYN Loki Mini handheld). https://t.co/Mp5Qgn3o1L

Taki Udon has been running gaming performance tests showcasing what Intel’s 15W Pentium 8505 chip can do with 5 cores, 6 threads, and Intel UHD graphics with 48eu and up to 1.1 GHz. It’s the same chip used in the upcoming AYN Loki Max handheld. https://t.co/dV2WAZU1m3

The latest update to this Linux distro optimized for single-board computers with ARM-based processors ads support for the DevTerm A06, Orange Pi R1+ LTS, Radxa Rock3A, and Radxa Zero, among other things. https://t.co/oxeeK0WxMx

The the updated version of the Windows Subsystem for Android (based on Android 12L) is now available to all Windows Insiders after rolling out as a Dev Channel exclusive last month. https://t.co/6AbVQwes9I

Microsoft has begun rolling out a new version of the Microsoft Store to members of the Windows Insider program on the Dev Channel. It brings native support for ARM64 processors, app update and navigation improvements, and more. https://t.co/wX0ZNXwEPQ pic.twitter.com/LZU3xCfJpz

Version 1.0 of /e/OS is out, offering a “deGoogled” version of Android for folks that want a private, open source OS. But it also includes App Lounge, which lets you install most apps from the Google Play Store. https://t.co/ltJ5PKkfR0 pic.twitter.com/wb7dz9BI2H