Windows PC shipments were up nearly 15% year-over-year in 2021 according to the latest report from research firm IDC. Google has released a second beta of Android 12L, the upcoming version of its mobile operating system optimized for tablets & foldables. Microsoft has released a new preview build of Windows 11 to Insiders. And Rockchip has launched a slightly cheaper version of its RK3588 processor that’s aimed at tablets.

Here’s a roundup of recent tech news from around the web,

Worldwide global PC shipments (including desktops, laptops & workstations) hit 92.7 million during Q4, 2021 for 1% year-over-year growth and total shipments for the year were up 14.8% to 348.8 million, according to 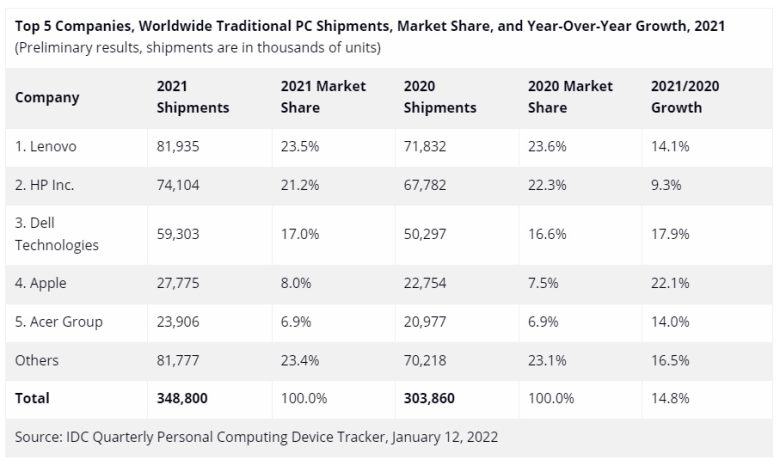 Google has released Android 12L Beta 2 with “improved functionality and user experience,” bug fixes, and security updates. Optimized for tablets and foldables, it’s currently available for the Android Emulator and coming soon to the Lenovo Tab P12 Pro. It’s also available for Pixel 3a and later phones, but you won’t see most of the tablet-specific features on those devices. Changes in this build are minor, but include a few updates for the picture-in-picture video window, airplane mode, and lock screen clock.

Picture-in-picture windows now have a shortcut to launch the app in split-screen window. This only shows when the PiP window is on top of another app and not the launcher. pic.twitter.com/XRop2FMYtJ

The latest Windows 11 Insider Preview build brings an updated design for flyout hardware indicators for brightness, volume, camera, etc, options to uninstall the Clock app or pin voice access to the taskbar and new Calls experience for Your Phone app.

The Rockchip RK3588S is expected to be a slightly cheaper alternative to the RK3588, optimized for use in tablets. It lacks PCIe 3.0 and has fewer video, Ethernet, and USB interfaces, but the same CPU, GPU, and AI features. 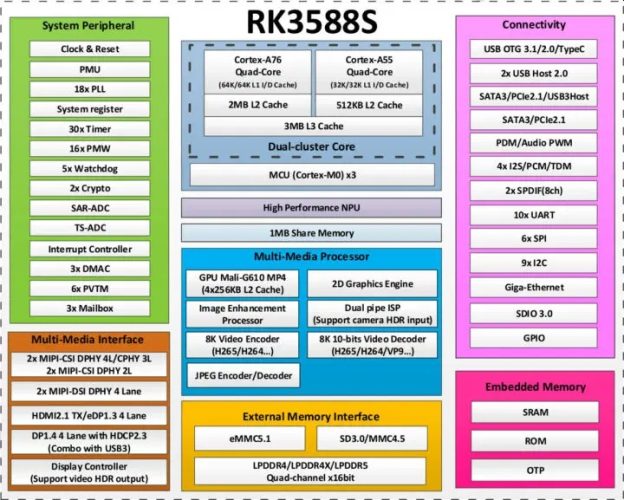