Someone at Google uploaded a few new screenshots of the Korean IME keyboard input app to the Google Play Store… and accidentally gave us a first look at Android 4.4. The images have since been removed, but in the left corner where you’d normally find a Jelly Bean debug icon when running Android 4.1 or later, there’s a little slice of pie.

Since we know that Google was calling Android 4.4 Key Lime Pie up until the company announced a partnership with Nestle to co-brand the software as KitKat, it looks like not only did someone snap a screenshot on the wrong version of Android… they didn’t even use the right dessert.

The screenshots don’t tell us much more about Android 4.4, other than the fact that the status bar notifications might be white or gray (or possibly that you’ll be able to choose custom colors). 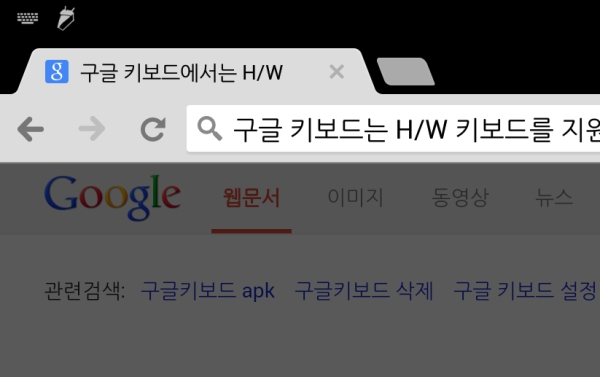