Tired of waiting for a sunlight viewable tablet with a Pixel Qi display? You can sort of build your own tablet for outdoor use by taking an eReader with an E Ink touchscreen and loading a full-fledged GNU/Linux operating system on it.

That’s what MobileRead forum member MarkGibek did when he installed Debian on the Kobo Mini eReader. The result is a 5 inch touchscreen tablet that you can use to surf the web, play games, or you know, read eBooks.

It’s just not very fast, screen refreshes can be distracting, and there’s limited support for software and no support for multitouch… yet. 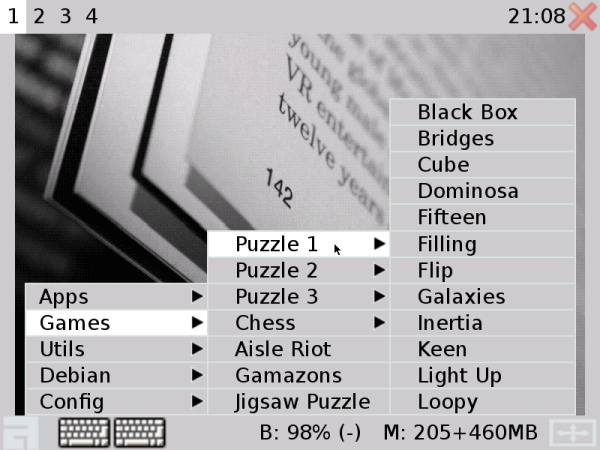