Folks have a habit of comparing mobile platforms by the sheer number of apps available in their app stores. There are around a million apps available for Android and iOS, for instance, more than 160,000 available for Windows Phone, and about 120,000 for BlackBerry 10.

But quality is more important than quantity — nobody actually installs a billion apps on their phone. What users really want to know is whether the key apps they want are available.

Odds are that the platform with the most apps will also have some of the best — but it turns out the numbers don’t tell the whole story. 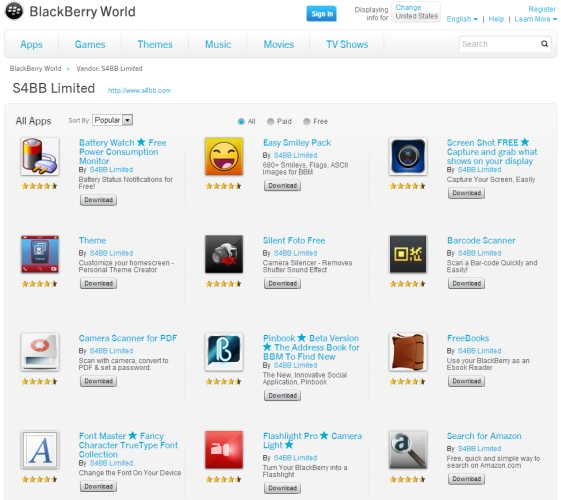 BerryReview recently pointed out that S4BB’s apps seem to dominate the BlackBerry World store, and in an official statement, the folks at BlackBerry seem to suggest that there’s no problem with that.