Debian has been around for 20 years, and we’re only on version 7.1 of the open source, community-supported operating system. That’s because the folks behind this operating system like to take their time.

Whereas Ubuntu launches a new version of its Linux-based operating system every six months, rain or shine, Debian releases are ready when they’re ready… and when they are ready, they’re usually pretty dang stable.

Debian also places and emphasis on free software (free as in free for anyone to modify, not as in the apps don’t cost anything — although most don’t), but can also run some non-free software. All told, there are tens of thousands of apps available for Debian, including LibreOffice, Firefox, Chromium, VLC, Flash, and more. 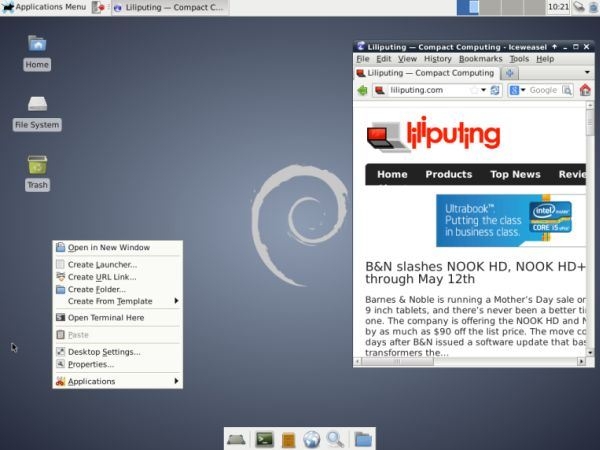