Google will soon start using some of the information it already has about you to make your life a little easier (or maybe creepier). Soon when you’re logged into you Google account on a PC or using the Google Search apps for Android or iOS, you’ll be able to ask Google questions, and receive answers based on data from your Gmail, Google+ and Google Calendar accounts.

For instance, you can type or ask by voice if your flight is on time, and Google will look through your receipts and reservations to find your flight information and then check to see if the flight is delayed. 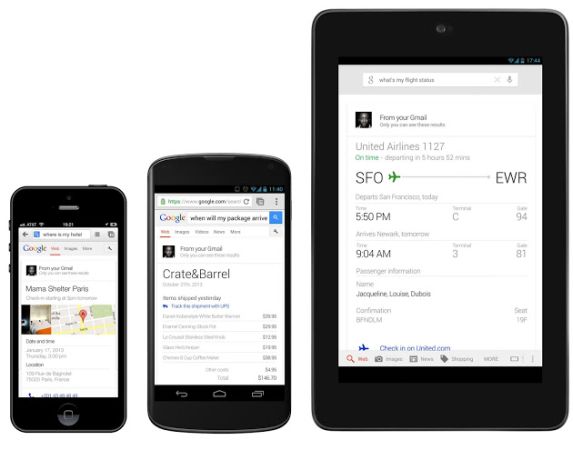