Apple, Google, Samsung, and a number of other tech companies are expected to launch smartwatches in the next year. But watch maker Casio is busy adding smart features to its existing line of watches.

The company’s latest G-SHOCK wristwatches can vibrate or beep when a call or email message arrives on your phone. You can sync the date and time between your phone and watch. You can use an app on your phone to set a timer on your watch. And you can use the buttons on the watch to control some apps on your phone — including music players. 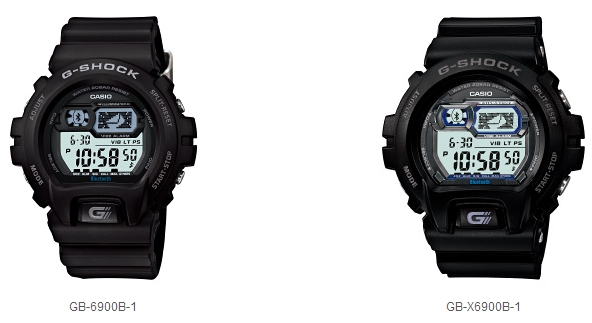 One of the things I miss about using my old Dell Axim PDA instead of a modern touchscreen smartphone is the physical buttons that I could use to play, pause, skip forward, or skip back while listening to music without pulling the device out of my pocket.

I don’t actually wear a wristwatch, but the ability to pause music playback without pulling my phone out of my pocket and unlocking the screen first is the sort of thing that’s likely to tempt me into buying a smartwatch one of these days.