Last week Microsoft announced that an update for Windows 8.1 was on the way… but contrary to primary rumors, this wouldn’t be the big “Windows 8.1 Update 2” that some people had expected. Instead it’s a minor update featuring touchpad improvements, the ability to use a PC as a Miracast wireless display receiver, and a few other tweaks.

Instead of major releases a few times a year, Microsoft plans to roll out new features as they’re ready about once a month on “Update Tuesday,” which is the second Tuesday of the month.

There are also firmware updates for the Surface RT, Surface Pro, and Surface Pro 3 tablets today. 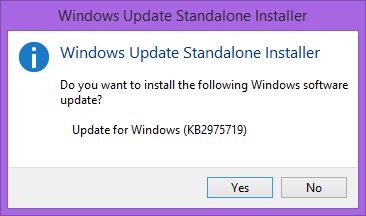