LibreOffice is a suite of office applications for creating, editing, and viewing text documents, spreadsheets, presentations, and databases, among other things. LibreOffice is free and open source software. Anyone can download it, use it, and even examine and modify the source code.

But with version 7.0 set to launch next month, some users have been noticing unusual language in pre-release builds suggesting that LibreOffice “Personal edition” is “intended for individual use.

That’s raised some alarms since it implies that businesses, governments, schools, or other institutions might need a different license to use LibreOffice in the future. 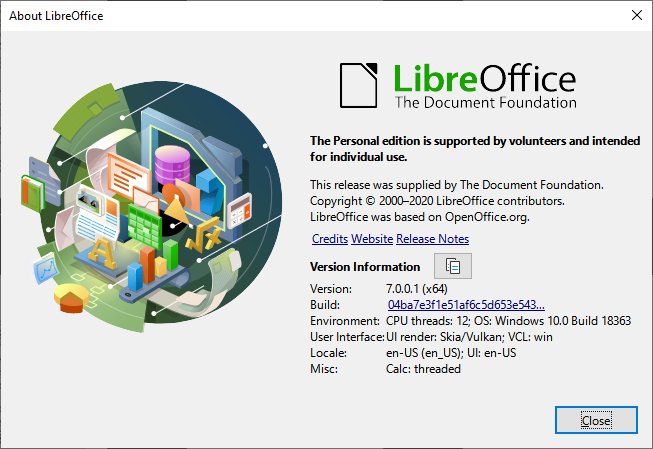 But the Document Foundation, which manages the LibreOffice project, says that’s not the case. The licensing terms will not be changing… but the organization is exploring offering a “LibreOffice enterprise set of products and services provided by the members of our ecosystem” in the future.

Adding the “personal edition” wording is meant to differentiate the marketing between the “free and community supported” version of LibreOffice, and that hypothetical enterprise software which hasn’t yet been released.