Android’s headed to the dashboards of cars thanks to the new Android Auto initiative. So’s iOS, thanks to CarPlay. But these two smart vehicle systems aren’t the only game in town.

The Linux Foundation is sponsoring a new operating system called Automotive Grade Linux which is a Tizen-based OS aimed at vehicles. It has a simple user interface and support for maps, media playback, news, pairing with your phone, and controlling your heating and air conditioning, among other things. 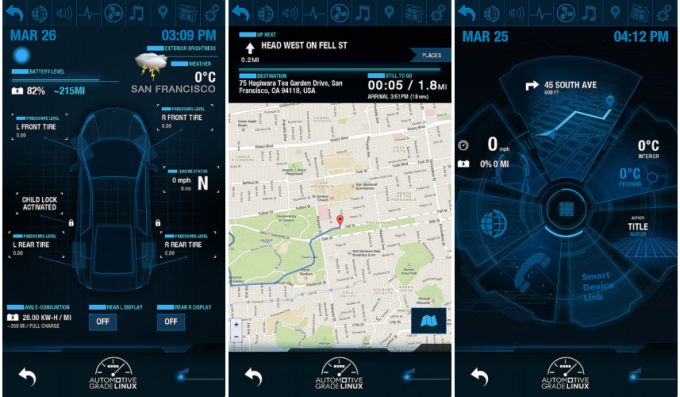