Intel’s new Lakefield processors represent a big step for the chip maker. Like ARM’s big.LITTLE technology, these chips combine two different types of CPU core into a single package, although Intel accomplishes this in a different way thanks to its new Foveros 3D chip stacking technology.

The company has been talking about Foveros and Lakefield for more than a year, and last month Intel finally launched the first two chips. They’re 5-core processors that combine one Intel “Sunny Cove” high-performance CPU core with four energy-efficient “Tremont” cores.

Theoretically that gives you a burst of power when you need it, but low power consumption for most tasks. But as AnandTech explains in its (very) deep dive into the new Lakefield architecture, in practice, it’s likely that devices with Lakefield chips won’t offer much of a performance boost over existing Amber Lake chips like the Intel Core i7-8500Y because most of the time you’re going to be relying on the lower-performance CPU cores. 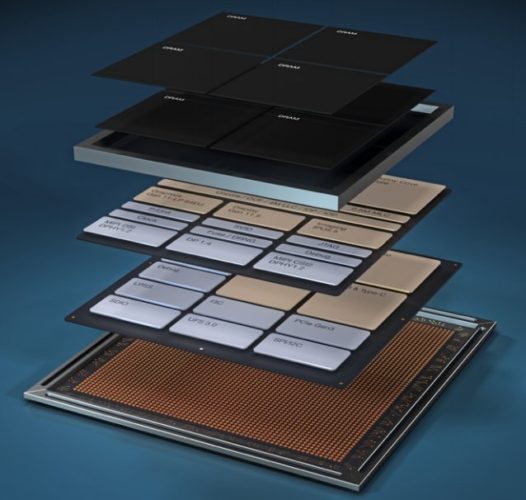 On the bright side, Lakefield chips do include a significant GPU upgrade — they feature Intel Gen11 graphics, compared to the Gen9.5 graphics you get with Amber lake chips. But that upgrade won’t necessarily help as much as you’d think, because the GPU will be clocked at just 500 MHz.

The good news is that we can expect small chip and motherboard sizes, enabling PC makers to offer thin, light, and fanless devices with long battery life. But since we already know that some of the first Lakefield-powered devices will be premium computers like the Microsoft Surface Neo, Samsung Galaxy Book S, and Lenovo ThinkPad X1 Fold, it’s likely that customers will be underwhelmed by the price to performance ratio.

Still, Lakefield is just the first step in Intel’s foray into 3D chip stacking and heterogenous computing (combining different CPU cores to work together on a single chip). So maybe the next-gen version will be more exciting.