Before there was Google+ there was Google Buzz. And before Buzz, there was Orkut — Google’s first attempt at a social networking site. Orkut never really took off in the US, but it was big in Brazil… So good news for Brazil: Your country is in the international spotlight thanks to the World Cup. Bad news: Orkut is getting cut from the roster.

Users will have until Septmber 30th, 2014 to export their data. Google has already stopped accepting new user signups. 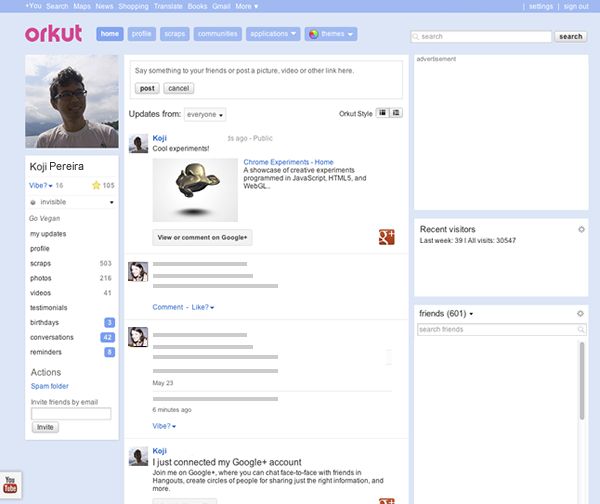