A number of new products featuring Intel Bay Trail processors are hitting the streets this summer, including Chromebooks, Windows tablets, Android tablets, and 2-in-1 systems. Thanks to some devices Asus and Acer loaned me, I’ll be testing some of each in the coming weeks. 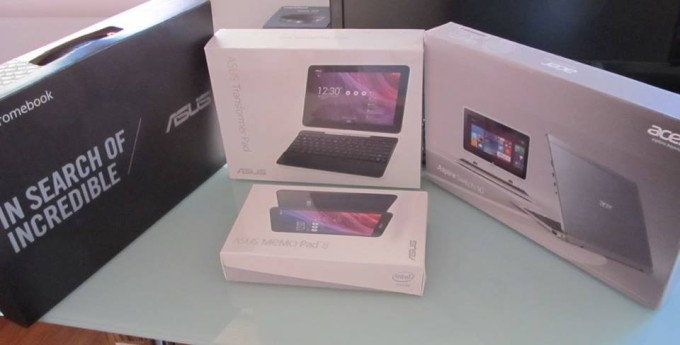