Google’s flagship smartphone features a 4.7 inch, 1280 x 720 pixel display, Gorilla Glass on both the front and the back, and a speedy Qualcomm Snapdragon S4 Pro processor.

The Nexus 4 may not be quite as fast or have quite the same screen resolution as the latest handsets from Samsung, Sony, LG, or HTC. But it’s still an awful lot of phone for $299 and up.

So far it’s only been available in one color: black. Now it’s available in two. And for a limited time Google is also throwing in a free bumper case when you order. 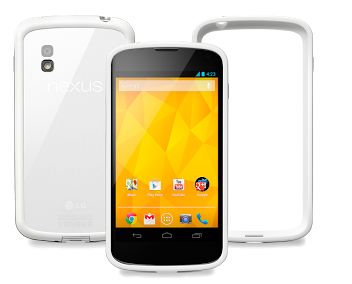 Here are some interesting pieces of tech news from around the web.