There’s a story making the rounds that Windows 10 will be available as a free update for folks running pre-release builds of the operating system as part of the Windows Insider program… and it’s true. It’s just not quite the whole truth.

The story comes from a comment made on Twitter by the head of the Windows Insider program Gabriel Aul. But a follow-up tweet explains that there’s a major caveat: you only get a free upgrade if you have a valid Windows 7, or Windows 8.1 license. 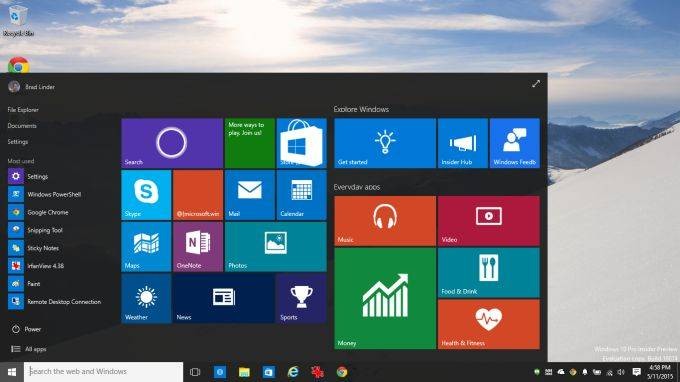 When you sign up to be a member of the program you can upgrade a PC from Windows 7 or Windows 8.1 to Windows 10 and keep your existing Windows license key. Or you can download a disk image and perform a clean install while using a license key provided by Microsoft.

If you do the clean install you can effectively install Windows 10 preview without paying for a Windows license: and that means you could install Windows on a PC that previously wasn’t running Windows at all. If you do that, Microsoft is not going to give you a free pass to upgrade to the full version of Windows 10 when it launches this summer.

Oh, and while we’re debunking things — last week there were a number of reports suggesting that the OnePlus Two smartphone would have a Qualcomm Snapdragon 810 processor and a $400 price tag.

This rumor comes from comments made by CEO Pete Lau on Chinese social networking site Weibo. As far as I can tell, he didn’t actually say it will have that processor or price tag. Rather, a question was raised: if the phone has that processor how much would be a fair price?

One answer was 2499.99 Yuan, which Lau said seemed reasonable.

That could certainly be a hint that this is the hardware and price point we should expect. But it’s not exactly a confirmation.

Here are a few more tech news stories that have made the rounds this weekend. If you’d been following Liliputing on Facebook, Google+ and Twitter, you might have already seen them!