Ever since Google acquired Motorola, there have been rumors about the cool new phones we should expect. While the last few devices from Motorola have had their charms (such as extraordinary battery life or super-thin bezels), they were all in development before Google bought the company.

But now the Google-owned Motorola is working next-gen hardware, and serial leaker @evleaks may have found a few shots of the so-called “X Phone.” Don’t get too excited though — the pictures show a prototype with boxy plastic case. But the screen and software look awfully nice. 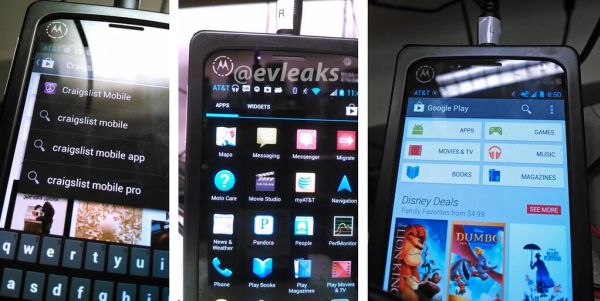 You can keep up on the latest mobile tech news by following Liliputing on Twitter, Google+ and Facebook.