Facebook recently launched a beta program where a limited group of folks using its Android app could get new features first. To do that, Facebook started sending update notifications to users within the Android app itself, asking users to download and install an update without going through the Google Play Store.

It doesn’t seem like Google’s fond of that way of doing things. The company’s new developer policies prohibit developers from pushing updates outside the Play Store to apps that were originally downloaded from the Play Store. 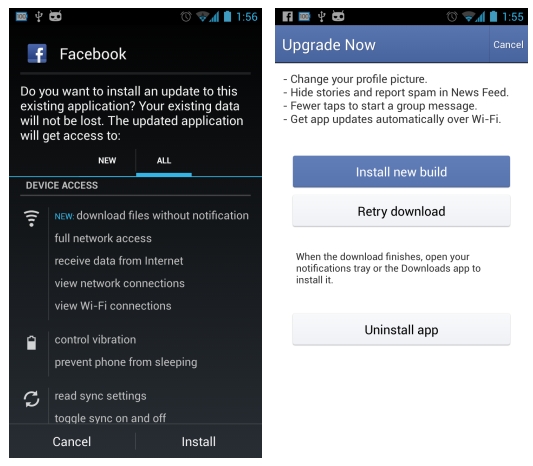