Want the source code for Google’s Android operating system? Just head on over to the Android Open Source Project. Want to run free and open source apps on your Android device? It can be a bit tough to find them in the Google Play Store.

That’s where F-Droid comes in. It’s an app store for FOSS apps. Just install it on your phone and you can search and browse for free and open source apps.

Want to search F-Droid on the web? That’s where Fossdroid comes in. It’s a new web-based app store that takes its data from F-Droid, but which organizes apps an attractive, Google Play-like arrangement. It also has at least one feature F-Droid currently lacks: the ability to view apps by popularity. 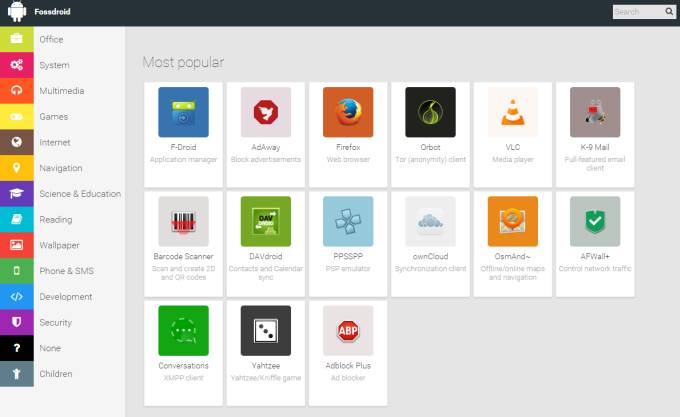