Over the past week or so, a new Twitter account has been teasing the return of a classic name in computer graphics.

But now that the new 3dfx has made it official, it’s clear that the new company has very little of the DNA of its predecessor other than rights to use the 3dfx name on a line of products including Bluetooth speakers, sound bars, smart TVs, and phones. Update: Or maybe not even that is true – the Twitter account that posted a brief presentation with few details and ambitious goals (see below) has since been deleted. 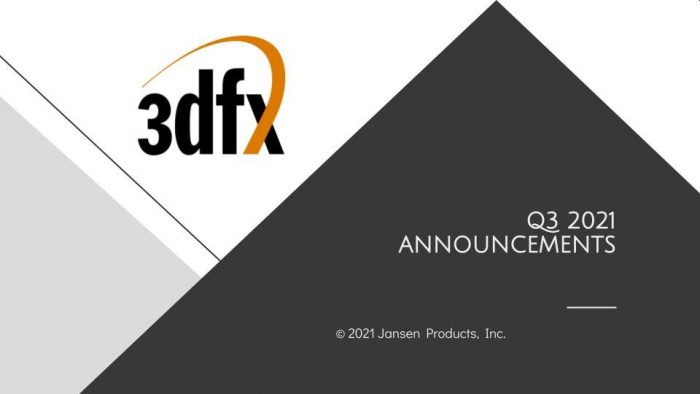 The company does plan to release at least one graphics card, but it’s likely to be underwhelming.

Meanwhile, Microsoft has released a new preview build of Windows 11, Amazon has brought its free and ad-supported IMDB TV video streaming service to mobile more than two years after launching on other platforms, and the JingPad A1 tablet, which is up for pre-order through a crowdfunding campaign, ships with an Ubuntu-based Linux distribution, but it will also run Android apps. A few new hands-on photos and videos have emerged, with one showing the current state of Android app support and another providing some clues to overall performance.

The Short Lived Return of 3dfx [Tom’s Hardware]
2 decades after graphics card maker 3dfx went out of business, the company name and assets have been acquired by a new company that plans to launch a new GPU… but will mostly slap 3dfx branding on phones, tablets, BT speakers, smart TVs, and sound bars.

Amazon’s IMDb TV Free Streaming Service Finally Launches iOS and Android Mobile Apps [Variety]
IMDB TV is a free, ad-supported movie & TV streaming service that debuted in 2019, but which is only now making its way to Android and iOS (it was previously available on the web and smart TV platforms).

Running Android apps on the JingPad A1 Linux tablet [TechHut/YouTube]
Shortly after posting a hands-on video showing a pre-production version of Jingling’s upcoming Linux tablet, TechHut posted a second video looking at Android app support. It works… but it’s also a work in progress, with support for installing only a few applications, and no support for internet connectivity for Android apps, for example. Eventually Android apps will be added to the JingOS app store for easier installation.

JingPad A1 Linux tablet unboxing (developer edition) [TuxPhones/YouTube]
TechHut doesn’t have the only pre-release JingPad A1 tablet. TuxPhones also received one, and here’s an unboxing video that literally shows very little other than the tablet coming out the box.

Initial benchmarks for the SoC in The Jingpad A1 Linux tablet. [TuxPhones]
But in a follow-up post to Twitter, @TuxPhones offered some details about performance. According to benchmarks, the JingPad A1 tablet’s processor is roughly equivalent to the Qualcomm Snapdragon 845 chip used in 2018 flagship phones.

According to UnixBench, the JingPad A1 SoC performs very similarly to the Snapdragon 845 (used e.g. by Oneplus 6/6T).

They are both quad-core ARM Cortex-A75, this (Unisoc T7510 5G) is apparently marginally stronger on the CPU side and somewhat weaker on the GPU one. pic.twitter.com/GeX3b1dyB4