There’s a fine line between genius and madness, and I’m not entirely sure which side this falls on, but web designer ArleyM recently shared details about a DIY ergonomic E Ink laptop project… and it’s kind of beautiful and horrific at the same time.

Basically, the kit combines an ergonomic keyboard from Kinesis, a Kensington Orbit trackball mouse, and an Onyx BOOX Max3 eReader and writing slate plus… a duct-taped kitchen drying rack that acts as a tablet stand.

It’s clearly not for everyone — you need to be a fan of E Ink displays and ergonomic products to look fondly on this thing. And we’re looking at about $1250 in parts. But there’s still something a little fascinating about the project. 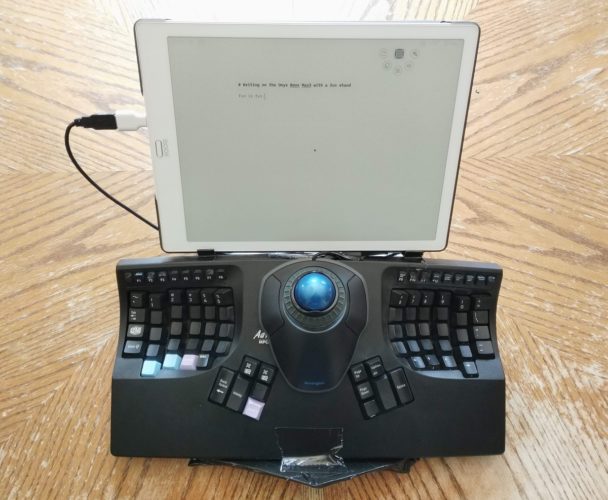 3 replies on “Lilbits 390: A DIY ergonomic E Ink laptop made from off-the-shelf parts”