Microsoft’s Your Phone app for Windows 10 keeps getting new features. At launch, it was basically a tool for sharing photos and websites between a smartphone and a PC. This year it gained support for mirroring an Android phone screen on your PC and then for displaying smartphone notifications on your computer.

Now Microsoft has announced a whole bunch of new features are on the way — and you can try them out now if you’re a member of the Windows 10 Insider program.

Among other things, there are new accessibility features, support for additional phones, the ability to send GIFs and other images via SMS from your desktop, support for in-line replies and contact image synchronization, and support for syncing over mobile data. 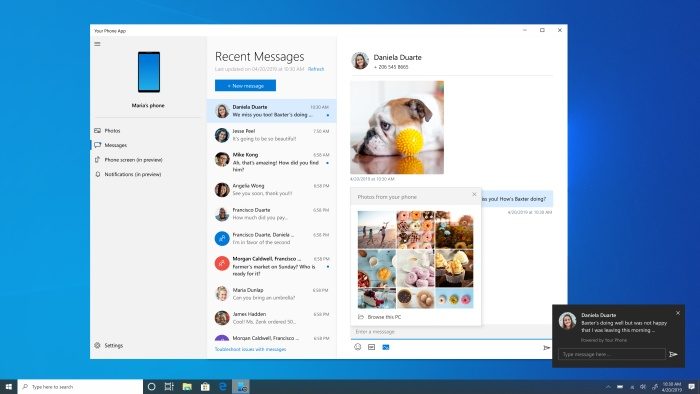 3 replies on “Lilbits 369: Windows 10 gets cozier with Android phones”