Mobile World Congress is a little more than a week away, and we’ll likely see new phones from companies including Samsung, Huawei, HMD (Nokia), and others, as well as other devices (Microsoft, for example, is expected to introduce its next-gen HoloLens mixed reality headset).

It’s likely that we’ll also hear a lot about 5G. Next-gen wireless networks won’t just be faster than 4G, but they’re also designed to be able to carry more bandwidth, allowing billions of devices to get online and communicate with one another constantly. That’s an important next step not just for smartphones, but for self-driving cars, internet-connected smart home appliances, and other IoT devices.

But it’s going to take a while for carriers to build out those networks. So while the first 5G phones are likely to go on sale this year, it’s not clear that you’ll actually get to take advantage of 5G networks everywhere you go.

That said, if you were wondering what LG’s first 5G smartphone would look like, now we have an answer, thanks to an image posted to Twitter by Evan Blass. 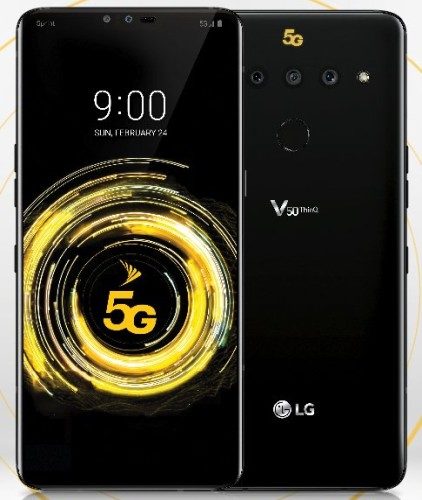