When I picked up my latest laptop I opted for a model with an Intel Core i5-8250U processor after realizing that I’d have to spend several hundred dollars more to get a version with a Core i7-8550U chip… and most benchmarks I’ve seen suggest that the Core i7 chip is only a little faster. 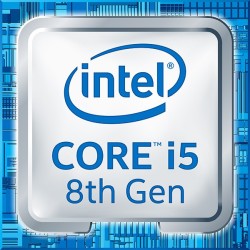 But depending on a bunch of other factors, it looks like sometimes a notebook with a Core i7 chip could be slower than a model with a Core i5 processor from the same family.

It’s possible that software differences between the two laptops could account for the discrepancy. But I’m feeling pretty good about my recent laptop purchase… not necessarily because Core i5 is faster, but because the performance differences are likely to be negligible, while the cost differences are… not.