Amazon’s new Fire HD 8 tablet went up for pre-order about a month ago and started shipping today… and of course the first thing some folks did was try to figure out if you could install the Google Play Store on the tablet. 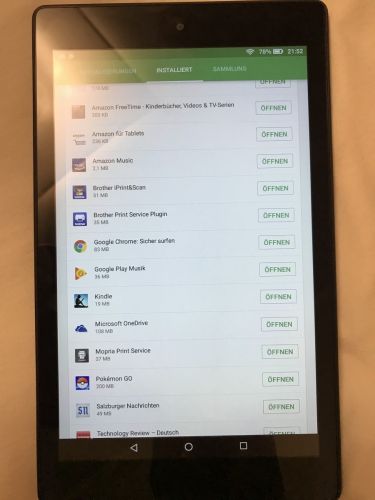 While Amazon’s tablets ship with an operating system called Fire OS and an app store called… the Amazon Appstore, they’re basically running a modified version of Android. That makes it fairly easy to load a few apps to enable Google services that wouldn’t otherwise be available — including Google’s Play Store which has millions of apps and games that aren’t available in the Amazon Appstore.

It could also save you from having to pay for the same apps twice if you have a Fire tablet and an Android phone.

7 replies on “Lilbits 341: You can still install Google Play on the latest Fire Tablets”