Qualcomm is working on a new processor designed specifically for Windows tablets and laptops. It’s called the Snapdragon 850 and it’s basically a sibling to the Snapdragon 845 chip that powers the latest high-end Android smartphones, but it’s optimized for larger devices that have more space to help dissipate heat, which could allow the chip to run at higher speeds.

Now WinFuture has spotted some of the first benchmarks for an upcoming Lenovo Windows on ARM device with a Snapdragon 850 chip, and it does seem to offer a nearly 25 percent performance boost over Windows 10 on computers with Snapdragon 835 chips including the Asus Novago and Lenovo Miix 630.

But is that good enough? In my tests, the Asus NovaGo feels really, really slow for a laptop with a starting price of $599. While a 25 percent performance boost would certainly be welcome, I think consumers are going to either want even bigger performance gains… or a lower price tag (or both). That said, I haven’t personally tested any Windows computers with Snapdragon 850 chips, so maybe Microsoft and Qualcomm have found a way to offer a smoother experience than the benchmarks alone would suggest.

It’s also worth noting that Qualcomm actually promised a 30 percent performance boost… so maybe the companies will tweak a few more things before Snapdragon 850-powered devices hit the streets. 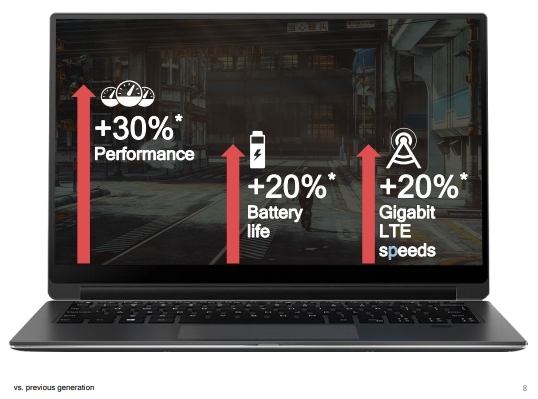