Apple’s 2018 MacBook Pro laptops are designed to be significantly more powerful than their predecessors, with support for up to an Intel Core i9 processor and up to 32GB of RAM on some models… although it seems like thermal throttling could be an issue.

While the company says it also made the keyboard quieter, the company hasn’t officially acknowledged any efforts to prevent keys from getting stuck when dust or other debris gets into the keyboard — a problem many users have reported experiencing with previous-gen MacBook Pro models.

But the folks at iFixit tore apart the new MacBook Pro’s keyboard recently an discovered a new membrane that they guessed was designed to help protect against dust. And as it turns out, that’s exactly what it’s there for according to an Apple support document. 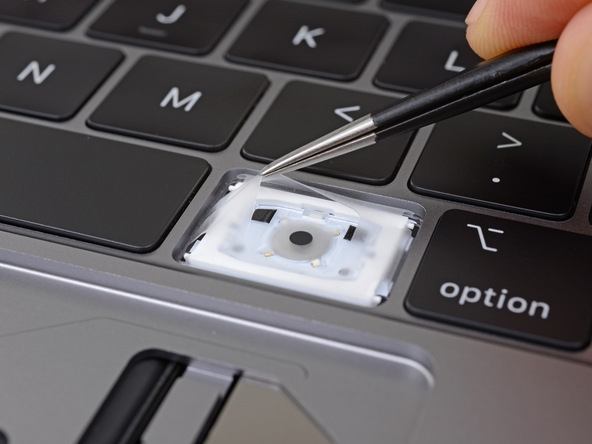 It’s unsurprising that the company didn’t disclose the change though, since Apple’s line all along has been that there was nothing wrong with the old keyboard. Acknowledging a fix means acknowledging a problem… which might mean making a big payout in one of several class action suits that have been filed against the company.