Microsoft isn’t the only company with a new tablet powered by a 6 watt, dual-core Pentium 4415Y processor based on 7th-gen Intel Core “Kaby Lake” architecture.

Chrome Unboxed spotted evidence suggesting that HP will offer a version of its Chromebook x2 2-in-1 device with the low-power chip, possibly offering a cheaper option than the $600 model, which is currently the only available version of HP’s Chromebook with a detachable keyboard.

HP is also said to be working on a model with a higher-performance (and probably higher-priced) Core i5-7Y54 chips.

Meanwhile, About Chromebooks uncovered some clues that an unspecified company is working on a new Chromebook with a detachable keyboard that has batteries in both the keyboard and tablet sections, which should enable longer battery life and/or a thinner tablet design. 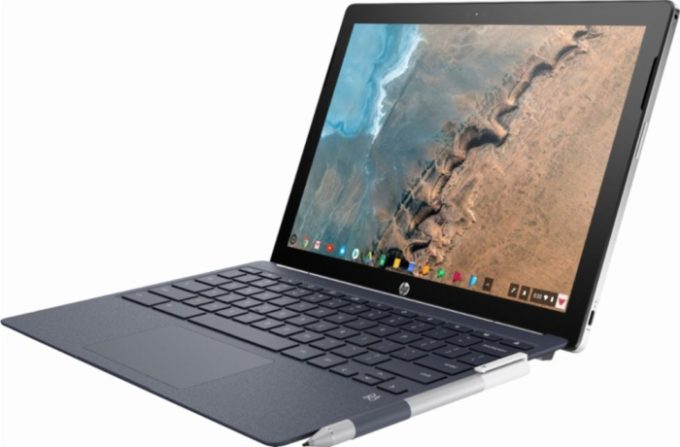