Ubuntu Linux seems to be having a moment. Or a bunch of moments, really. The developers at Canonical have been working for years to bring the popular Linux-based operating system to new types of devices, and a few weeks ago pre-orders opened for the first Ubuntu tablet to support “convergence,” allowing you to switch between a desktop and tablet user interface when a mouse and keyboard are detected.

Then Microsoft announced that Windows 10 would include an Ubuntu file system, allowing you to run command-line Linux software without running a virtual machine. It turns out you can even run some desktop-style programs.

Now Canonical is getting ready to release the next major version of its operating system. Ubuntu 16.04 is set to launch later this month. Among other things, it’ll allow you to install apps using a new package system. 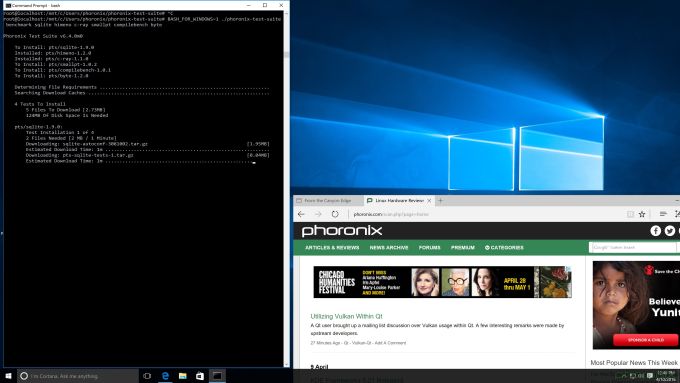 Here’s a roundup of recent tech news from around the web… not all of which are Ubuntu-related.