Amazon’s almost certainly working on a set-top box that will let you stream videos, play games, and possibly run other apps on your TV.  Details about the device have been leaking for months… and now it looks like Amazon might be getting ready to put the rumors to rest and officially unveil its TV box.

The company is inviting members of the press to an April 2nd event for “an update on our video business” and according to the Wall Street Journal, one of those updates could be a free, ad-supported version of Amazon Prime Instant Video. The other… could be the long-rumored Amazon TV box. 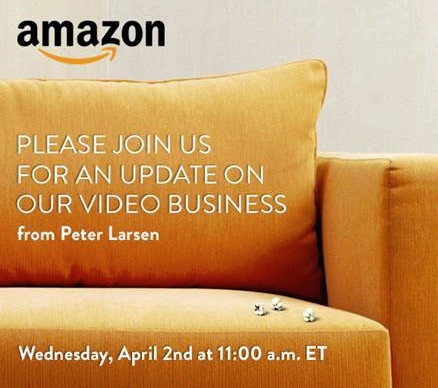