Amazon Prime is a service that lets you pay an annual fee to get free 2-day shipping and access to thousands of streaming movies, TV shows, eBooks, songs, eBooks, and other content.

Soon it could also include access to Android apps that would normally cost money. Or maybe Amazon plans to launch a standalone service separate from Prime that grants access to those apps. It’s not entirely clear. But a leaked Amazon presentation makes one thing clear: Amazon is working on a service called Unlocked which lets you install paid apps for free and which also lets you access all content that would normally require an in-app purchase free of charge. 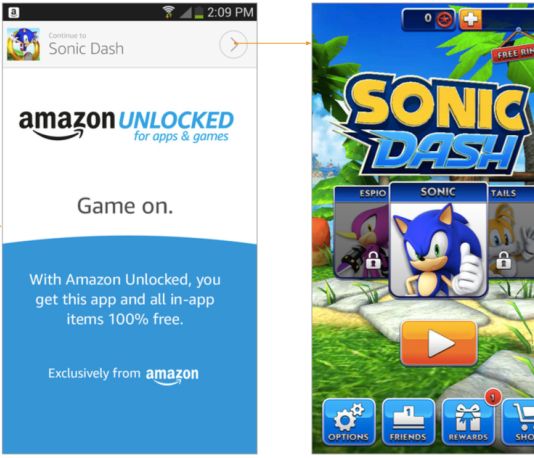