Mozilla rolls out a new version of its desktop web browser every 6 weeks, so not every update is all that notable. But Firefox 28 packs a few goodies including support for VP9 video decoding, support for web notifications in the OS X Notification Center, and HTML5 volume controls.

The Android version of the browser also includes improved text selection and search, among other things. 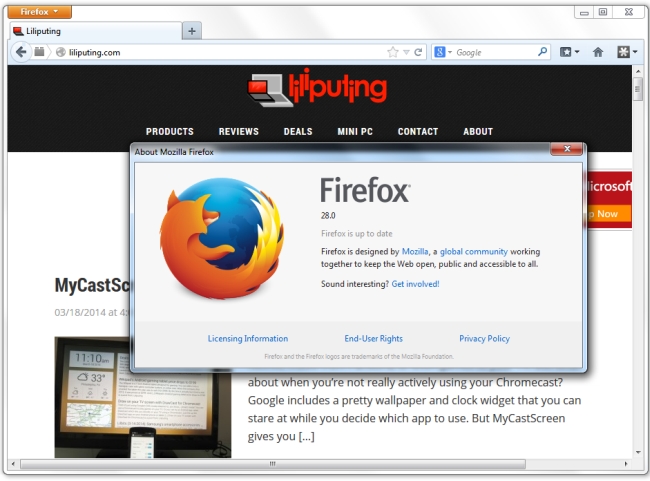