The Samsung Galaxy Core is a rather basic smartphone with a 4.3 inch, 800 x 480 pixel display, a 1.2 GHz Qualcomm dual-core processor, 1GB of RAM, and 8GB of storage. While it’s an entry-level Android phone, Samsung is launching a new line of accessories that could make the Galaxy Core a lot more attractive to some users.

Samsung is launching a new line of accessories that make the phone easier for visually impaired people to use. An Ultrasonic Cover, for instance, detects objects up to 2 meters away and vibrates to let users know about obstacles in their path. 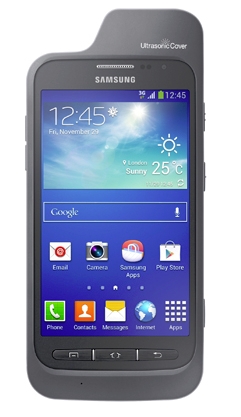